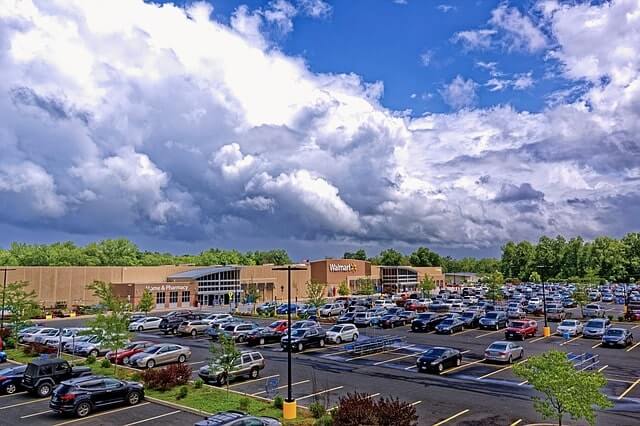 Riding Hoverboards is awesome, since they first came out they seemed like something from the future, or let’s say the past according to the famous movie series Back to the future, let me make a guess, you just got a new hoverboard and was wondering if you can ride it anywhere, right? Especially at the mall, a big mall like Walmart maybe.

This whole article is all about answering this one question, so let’s get right into it.

Can you ride a hoverboard in Walmart

Before answering this question, I tried to search online for an answer but sadly not a single site or forum discussed it.

So I had to chat with the customer support team of Walmart and ask them themselves, pretty obvious, right?

So what did they say?

“some Walmart stores allow it. However, I am not sure if your Walmart local Store allows riding hoverboards. In this situation, I would recommend contacting our store department, they can provide you further information. Please call our Store Customer Service at 1-800-925-6278, option 2 and then option 2 again.”

The answer is YES, you can, but they’re not sure about all the stores in the United States, you should call the one in your city to find out the answer.

Here are some other questions you may wonder about in the future.

Are hoverboards banned on college campuses?

Some universities don’t allow riding Hoverboards among the students due to concerns of fire incidents because of low-quality Lithium-Ion batteries made by infamous Chinese manufacturers, low-quality batteries are cheap and overheat and sometimes explode.

So make sure to purchase high quality and sometimes expensive Hoverboards only from reputable manufacturers to avoid these incidents.

Where are hoverboards banned?!

I was almost shocked when I found out that Hoverboards are banned in many places, airports, malls, universities, sidewalks… etc.

Here’s a list of where these Hoverboards are banned and why, notice that this post might be outdated since it was published in 2016, so some rules may have changed afterward.

Did you also know that Hoverboards are banned or prohibited in other places like the airport or specifically the airplane due to safety concerns.