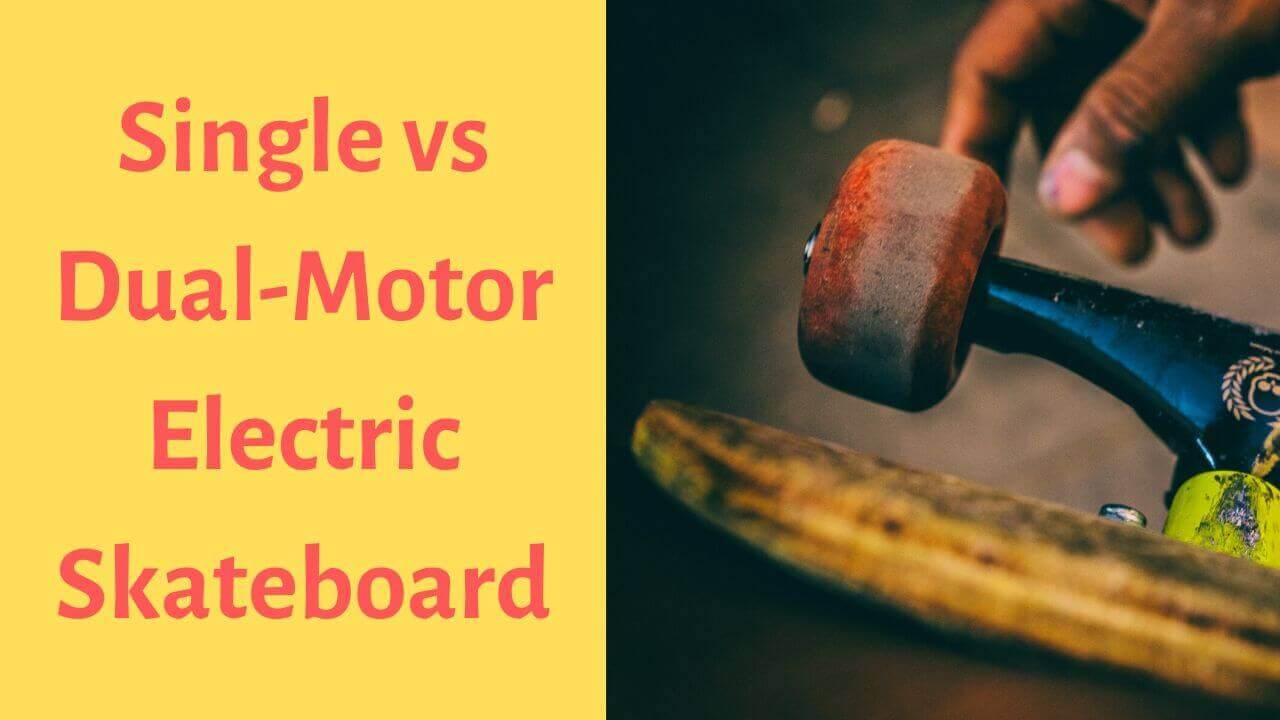 Riding an electric skateboard is awesome, right? Especially when you don’t have to push yourself all the time until you reach your destination, going to work riding this thing is absolutely fantastic, you don’t have to deal with the traffic jam especially if the place you work at is nearby.

But maybe you’re thinking of upgrading your electric skateboard now, you need more speed or more power, you need to get there faster or maybe you just want to show off in front of your friends.

No matter what the reason was, in this post, you’re going to find out which motor setup is best, single vs dual-motor setup.

Less strain on the motor

One motor will suffer, but two motors will split the effort or strain put on them.

Going uphill puts less stress in the skateboard if it has two motors instead of just one, thus, producing less heat

Having two motors instead of one will enhance the braking power and that’s good especially if you’re heavy and need more power to stop the board.

Going uphill puts less stress on the skateboard if it has two motors instead of just one, thus, producing less heat.

Two motors mean two belts, if one belt breaks the other one is still there working fine like it’s a single motor setup.

You would have more control over the board if you have a dual motor setup, especially when you turn around corners.

As I mentioned above, having dual motors will split the work put on them so they will run cooler than a single motor setup.

One person can assume that having two motors will increase the speed but unfortunately, that’s not the case, although, someone on one of the forums stated that his top speed almost increases by approximately 20 miles or so.

Unfortunately, you’ll get the same range if not less.

Of course, having an extra motor will increase the price of the skateboard.

Which one should you go with (Single or Dual)?

Having a single motor electric skateboard is fine if most of the streets don’t have bumps or hills.

If that’s not the case then having two motors is the best option especially if the price difference is not that big.

Finally, having a dual-motor electric skateboard isn’t necessary if you don’t need it that bad unless you want more control and more torque but the price difference isn’t a big concern to you.